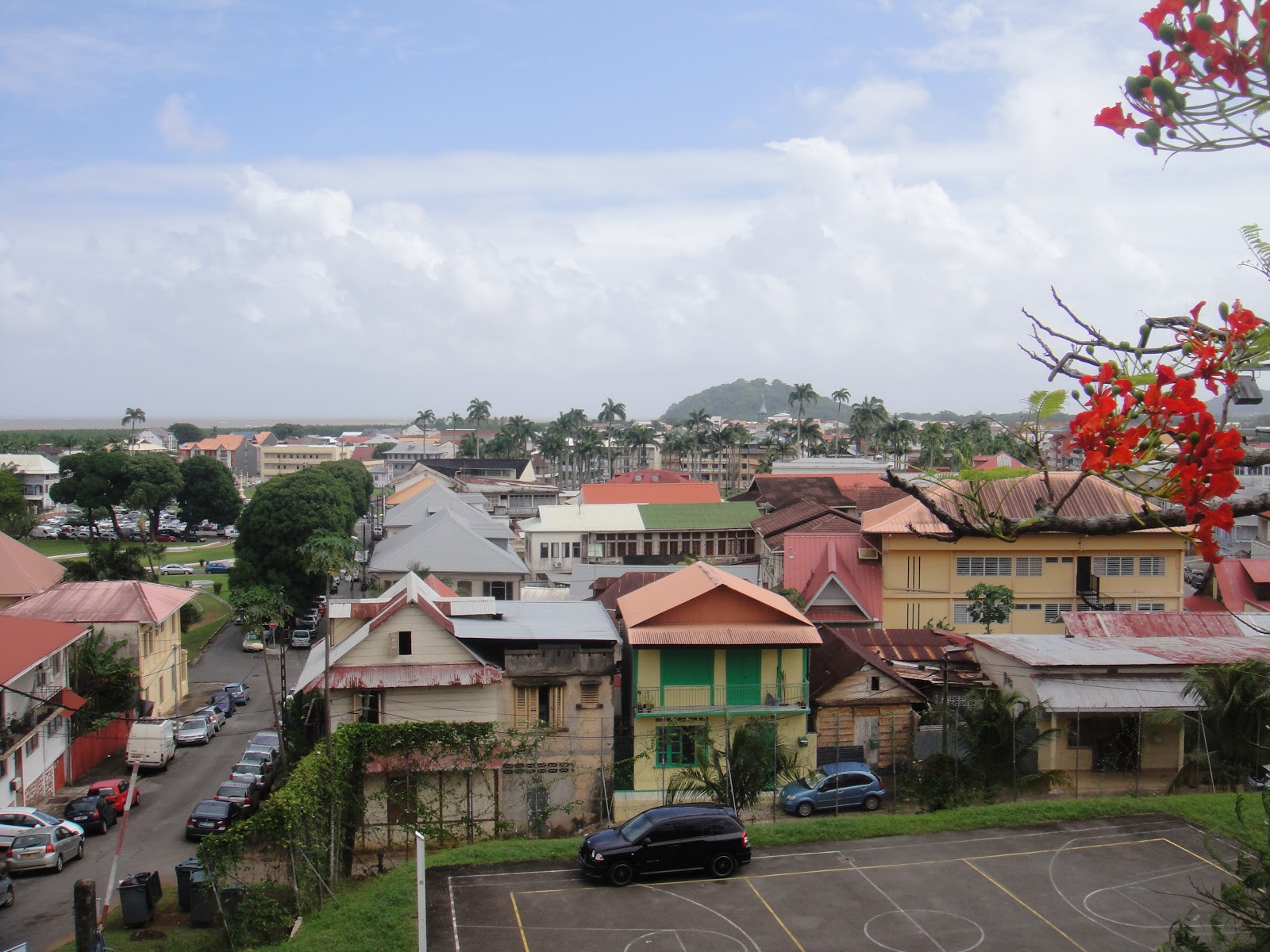 As the name suggests, French Guiana is an overseas territory of France. It has a varied and rich history. Devil’s Island situated here, is a highly controversial site, used as a prison till the year 1946. This place is most famous for its Mardi Gras celebrations and King Carnival. French Guiana has a warm and average temperature of 28° C, and high humidity all through the year. The best time for traveling is during the dry season, from July till December. January to June is the period of rainy season and May experiences the heaviest rainfall.

Iles du Salut
Salvation Islands or the Iles du Salut is a group of small islands having volcanic origin, located about 11 km off the coast of French Guiana. You can come across amazingly abundant wildlife including capuchins, sea turtles, macaws and agoutis. The white sand beach on St Joseph is a most refreshing place for a slight dip but has extremely dangerous currents as well.

St Laurent Du Maroni Waterfalls
In the northeast part of St Laurent, an oft-potholed road lies in the rustic village of Mana, which holds the credit of having a particularly scenic waterfall on the Mana River. It is considered to be one of the least-spoiled and loveliest rivers in the northern part of South America.

Remire-Montjoly Beach
These long sweeping beaches offer a few of the best waterfront in the country. But unfortunately, it is most often plagued by the infectious biting sand flies. Of the beaches, Plage Montjoly is the best one, its breezy waters drawing great numbers of kite surfers. There are in fact no schools or rentals to give more information. It provides a 5 km hike into the Grand Matoury Nature Reserve, situated at La Miranda that is convenient for some good bird-watching.

Maison De La Reserve
Swarms of mosquitoes and Amerindian settlements are the ones that populate Plage Les Hattes and Awala-Yalimopo, the world’s leading and adorable nesting regions for the giant leatherback turtles. A small museum is also located in the reserve, which helps in offering information regarding turtle biology, with two of the nature trails that lead from its premises. Nesting occurs during the months of April to July and the hatching of eggs take between July and September. The great number of turtles which come ashore is stunningly so high that one biologist compared that scene to a tank battle. You should definitely visit this place during the time of turtle egg-laying.

The Tresor and Kaw Nature Reserves
One of the French Guiana’s highly accessible primary rainforest locations is the Tresor Nature Reserve. Go around Tresor’s 1.75km botanical trail for experiencing its protected wildlife and rich diversity. Tresor borders the amazing and mysterious swamps and forests of the Kaw Nature Reserve, which is really an excellent place for observing wondrous water birds like the scarlet ibis and caiman.

However, it is the biodiversity of this tropical paradise of wildlife fascinating history that makes French Guiana, a worthwhile and colorful travel destination. Major attractions include unspoiled and beautiful beaches; an array of nature preserves which feature thousands of extraordinary species of animals and plants, scuba diving venues, quality game fishing, adventure tours into the rain forests of Amazon rain forest, and many more.